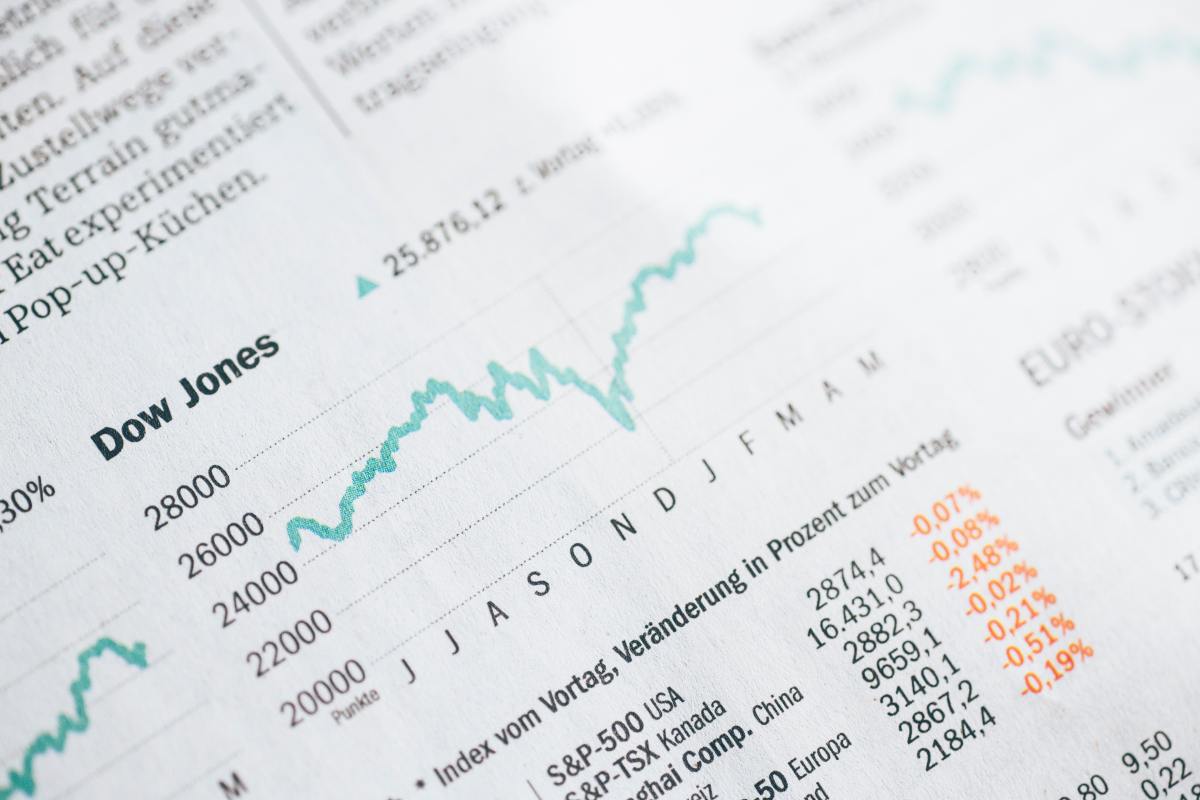 Not gonna lie, it’s been a pretty bad few weeks.

The COVID-19 pandemic has escalated rapidly, and we’ve all watched as world leaders and scientists frantically scramble to get a foothold on the management of this global crisis. From the initial outbreak in Wuhan, China, to Europe being declared the epicentre of the pandemic by The WHO, the response by governments world-wide has been varied in both strategy and (with some speculation) effectiveness. While China and South Korea continue to report fewer cases day by day as their focussed efforts take effect, European countries have been seemingly paralyzed into inaction, with much less drastic measures being taken, often much later than health experts are recommending.

But what exactly are the actions that countries like China and South Korea have taken in response to this crisis, and why are we in Europe- and particularly the UK- not following their example?

In this article we won’t recap the details of how COVID-19 developed, or speculate on how it may develop, or tell you to wash your hands again (seriously though, do it); we’re looking instead at the varied response strategies by governments and what they tell us about the western hegemony, which for the last forty-odd years has been characterised by its own disease of the soul- neoliberalism.

The term neoliberalism refers to a set of economic principles which- to varying degrees in different countries- serve as the fundamental characteristics of a capitalist economy; the freer the market, the freer the people; governments should not interfere with markets; a free market is the best mechanism for the distribution of resources; public life should largely mimic the private sector, and often should subsidise its operations- i.e. markets are better equipped to deal with the operation and functioning of everyday life, including travel, infrastructure and healthcare. Under neoliberalism, all of the above are privatised. Under neoliberalism, the market is God.

In the UK, the rise of neoliberalism as the dominant ideology is most associated with the Thatcher era of British politics, which was characterised by the deregulation and privatisation of industry on a massive scale, widening economic disparity and the hollowing out of the public sphere as a result of major tax reductions. While Labour opposed these policies, by the time Tony Blair’s New Labour came to power in 1997 this battle was largely conceded, and little has been done to reverse the havoc wreaked ever since.

In fact, so thoroughly has the ideology of neoliberalism taken root in our society that its callous machinations, for many, appear simply as the result of unavoidable material shortcomings and a Wheel of Fortune without prejudice: there just isn’t enough to go around and that’s life.

The truth of the matter is that scarcity is often artificial, and is a political choice. Economic saving in the short term comes at the expense of improving lives in the long term; conscious efforts are made to “balance the books” instead of preparing for an eventual crisis, which works well enough when things are ticking along as normal- but there is always, always a coming crisis. Around every ten years our global economic system collapses in on itself and neoliberalism is left trying to maintain an economic system that booms and busts like clockwork, all the while imposing a social system where people are left to fend for themselves whenever the music stops.

The UK’s approach to Covid is a stunning and shocking example of this policy put into practice. Despite being able to look into our own future by simply watching events unfolding in the rest of Europe and Asia, we have instead frittered away precious time hand-wringing over tax-avoiding multinationals going under and delaying lockdown measures. The UK lockdown- such that it is- began on the 23rd of March, a full two weeks after Italy went into full lockdown following their failed partial lockdown strategy which had begun on the 21st February. The lockdown in Wuhan had come on 23rd January, and at the end of that month the first two cases of coronavirus were reported in the UK. Warnings by nations ahead of us in the outbreak cycle continued to fall on deaf ears.

While it might seem that this inaction is only the result of some misplaced sense of British exceptionalism (and no doubt these delusions were at play), the truth of it is that modelling and data gathering about an eventual pandemic has been underway a lot longer than the Covid-19 outbreak. In 2016 the government carried out “Exercise Cygnus”- essentially a practice run to see how the UK would cope if a flu epidemic hit- and the results were terrifying. Within the NHS, local authorities and every government department taking part in the drill, massive service failures were found to exist. The exercise showed that the NHS was already stretched to breaking point, and would not be able to properly supply protective gear to its staff, never mind dealing with any surge in service use.

What is the neoliberal answer to such a report? Suppression. The report, until very recently did not see the light of day. Deeming its contents “too terrifying” for the general public, the government instead chose informed inaction. When actually hit with this nightmare scenario- of which the government wilfully and knowingly left the UK underprepared- the official government policy was to seek out “Herd immunity”, where the disease would “burn through the population all in one go”, as the PM had put it, and infect 60% of the population. A policy that would have left hundreds of thousands dead, even with low fatality estimates of 1.5%.

Neoliberalism is the pursuit of profit over people, and hundred of thousands dead is acceptable collateral to people so committed in preserving the status quo that they would rather you die than risk business interests being put down the priority list.

Why is it then that China and South Korea have coped better? At the start of this China and South Korea were respectively the first and second worst hit nations by this pandemic. South Korea, for its part, didn’t even enforce a lock down; instead they made testing easy, accessible and available on a massive scale. Anyone who tested positive had their contacts traced, were asked what venues they had gone to and who they met. Anyone they had met was tested as well and anywhere they went was closed for two weeks and sanitised. Testing was also made quick and simple, with tests in the hospital quickly being replaced and moved to drive ins and single person booths. An app was also released nationwide that let people volunteer information about where they had visited if they tested positive for Covid-19, this let people make informed decisions about where to go, and what venues to keep open, limiting the impact this had on day to day life in South Korea.

In China the policy instead embraced self isolation, social distancing and a focus on hand and respiratory hygiene. Transport services were limited, schools were moved online and local services such as food delivery services were supported. The Chinese government, supported by the World Health Organisation also made an effort to provide education on infection prevention and controls, and is looking into ways to integrate these practices into day to day life, with a long term aim of preventing something like this happening again. The Chinese government also took a very direct role in encouraging people to focus on their own health in the coming days, and to put it in the words of Dr Gauden Galea, the WHO representative to China “Staying healthy over the next phase of COVID-19 is everybody’s business.”

One difficulty however in discussing China’s response to the outbreak is that, funnily enough, there isn’t one Chinese response. Despite often being accused of authoritarianism and over centralisation, the Chinese government’s approach has been one of deferring to local authorities on policy; the more stringent lockdown in Wuhan has been in contrast to the response in Shanghai or Chengdu, where the local authorities have focused on the availability of health education and hygiene products. The WHO have also provided a big support to people in China, with their educational materials on social media, according to their own numbers, reaching 1 billion people.

In summary, the response in South Korea has been one of an active government making testing available, as well as helping people coordinate around the pandemic without requiring a complete lockdown and China has instead focused on deferring local responses, supported by social distancing, moving services online when able, making education on the matter easily available and taking advice from international organisations like the WHO. The UK’s response was ignoring reports of service failures and until very recently, inaction.

Chancellor Rishi Sunak has had praise heaped upon him across the media and public discourse for lending just a shred of credibility to the Tories despite their cruel ineptitude, and for producing a budget which, at least in theory, will support the vast swathes of people now finding themselves in precarious economic circumstances, although there remains questions about whether these measures go far enough. With increased spending and support being announced and with the crisis itself being such an overwhelming situation, it can be tempting to absolve leaders of past actions and instead focus on the positive steps being taken in the here and now. But we would all do well to remember that these are the same people who, through their negligence have cost hundreds, if not thousands of lives, and have left us without the social infrastructure to deal with the present crisis as a consequence of years of austerity.

This new found generosity will not last. Dominic Cummings deflecting questions around NHS pay rises is evidence enough for any who need it that this sudden change in values is on a strictly temporary basis, unless we demand manifest change.