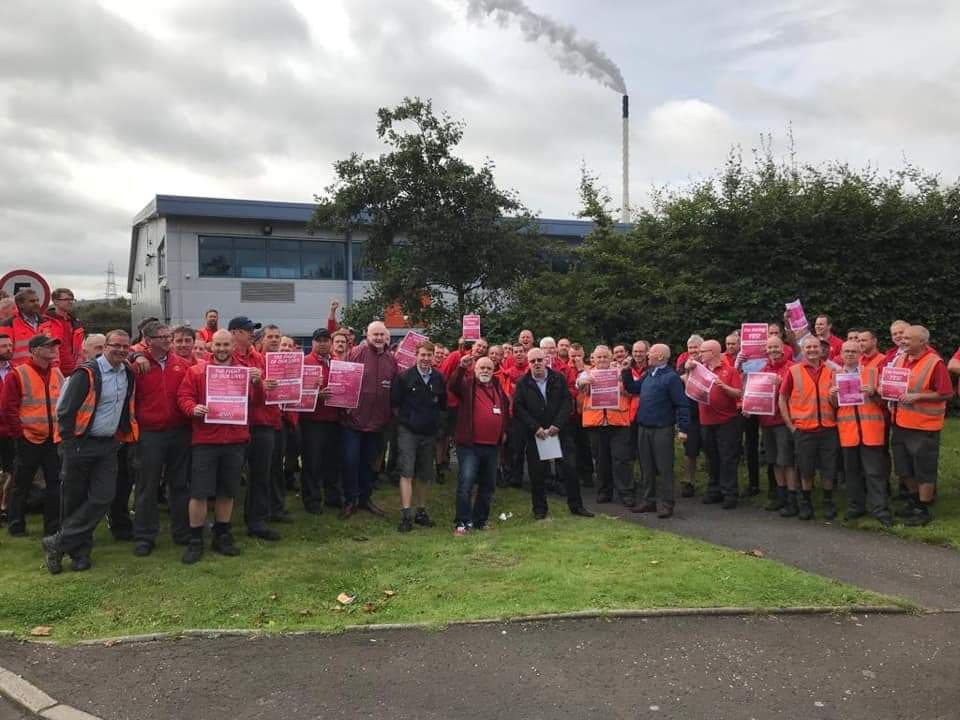 The Communication Worker’s Union, which represents over 110,000 workers within the postal service, voted on whether or not to go on strike. This passed with an incredible majority, with 97% voting yes. With a turnout of around 76% this makes it the most powerful democratic mandate in recent British history. To put that in context, the last time a general election drew a turnout percentage that high was in 1992, before my lifetime.

This strike will be the first of its kind in nearly 10 years, and with numbers like these it’s clear to see that there is a lot of passion behind the vote and a motivated union membership. The strikes come after the CWU said an agreement reached with the Royal Mail to raise pay, reform pensions and reduce weekly working hours from 39 to 35 per week by 2022 was being disregarded, and that management were trying to get out of holding up their end of the bargain. Worse still, there are worries that new CEO Rico Back- who has a reputation for treating workers poorly- will try and turn the tide of reforms back even further.

These concerns are troubling for anyone who works within the postal service, but could also mean a reduced quality of service for those who rely on the Royal Mail as standards are dropped to push for profits. The majority of parcels across the country are delivered via the Royal Mail service, with rural post offices representing vital community hubs. Further privatisation and selling off of assets could cut older or vulnerable people off from the rest of the world as well as hurt the economy. The general secretary of the CWU, Dave Ward, has said that they will “fight the board’s asset stirpping plans” and build the postal service into something that “supports local communities and [in] growing the economy.”

While this is a national vote, Ayrshire is playing a key role: with a ballot turnout higher than the national average, as well as holding gate meetings and demonstrations before the ballot papers even arrived, the Kilmarnock office is a centre of activity and planning. Tam Dewar, the CWU divisional representative for Scotland and Northern Ireland, gave us the following statement:

“Royal Mail Group and Communications Workers Union concluded a groundbreaking agreement in 2017. This tied the Board of the newly privatised Royal Mail to grow rather than contract as a business, to maintain the separate functions as a Group, protected terms and conditions in the face of ‘gig economy’ terms – zero hours contracts with no annual leave or sick pay and no pension entitlements – and agreed a strategy to negotiate changes required through automation, a changing workload and increased consumer demand for next day parcel delivery.

This agreement, “The Four Pillars” was groundbreaking since the privatisations of the past had resulted in asset stripping, wage cutting and job slashing in pursuit of the bottom dollar. And important aspect was an agreed shorter working week to 35 hours as full time employment. Many commentators questioned what RM got in return but the main benefit was a good stood of industrial stability and agreed Agenda for reform.

Within a year of the Agreement being signed RMG gave the CEO Moyà Green a golden parachute of several millions and hefty pension to leave the Board, quickly followed by the Chief Operating Manager and Department heads who had signed the deal. A new CEO was recruited through a £6m buy out from an RMG subsidiary GLS. This was a European based parcels business operated by German National Rico Back, a Swiss based multi millionaire who made his money through atrocious working practised described by a German TV documentary as “verging in slavery”. Mr Back made it plain that he had no international of honouring the 4 Pillars Agreement.

Following reports from throughout the UK that relationships had broken down the CWU notified the RMG Board of our intent to ballot 110,000 members pending a period of external mediation.
The strength of our small Trades Union lies in the fact that we have workplace Reps elected in every Delivery Office. This grass roots organisation of how we communicate in a two way conversation with the National Leadership. Kilmarnock Delivery Office is a case in point. Over 100 Postal delivery workers organised by two elected Reps. While most Offices would have one gate meeting over the 7 week ballot period Kilmarnock held a weekly gate meeting as part of meal relief. In many communities like Kilmarnock a job with Royal Mail provides secure employment with a pension in retirement, sick pay and benefits and annual leave pay. This is especially true in small and remote communities throughout Ayrshire. These terms and conditions were won through the efforts of past generations and this generation has been called upon to defend them and we will.

Our Union is organised from Lands End to Orkney including Northern Ireland. We are organised from the bottom up so no Area is forgotten but there are more Postal Delivery Workers in London than in the whole of Scotland. I hold the post which coordinates Union activity in Scotland and Northern Ireland and have a voice equal to any other part of the UK.
Rural and small town communities like Ayrshire enjoy a six day delivery of one price goes anywhere Postal delivery service. This is at threat both from the Board of Royal Mail Group who want to cut service to maximise profit and from the Postal Regulator Ofcom whose main remit is to encourage competition rather than quality of service. The Isle of Man service has just reduced deliveries to five days and our suspicion is that Ofcom plan a similar attack.
CWU members deliver to every address in the UK. Our golden rule is ‘Never Cross a Picket Line” in respect of the fact that any group of workers going on strike a losing pay must have a genuine grievance. In return many other Trades Unions repay that respect through support at times like these.

Our Union does not want to strike, we want our employer to honour the Agreement made, if not the picket line calls.”

We at the ACU wish the postal workers and the CWU the best of luck in the coming months, and would also encourage our readers to show their support. We would also like to remind anyone upset by the disrupted service not to direct their anger to the hardworking and burned out workers, but the people that have put them in this position, namely Royal Mail Group, who have demonstrated they have no qualms with reneging on a previously established agreement. If we continue to allow private entities to do this, it won’t be long until you face a similar situation with your own employer. Maybe you already have. As this and previous strike action demonstrates, without strong unions we’re at the mercy of empty corporate promises and platitudes.